Lie In Wait by Eric Rickstad 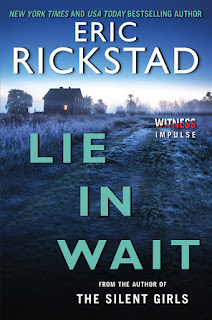 From the New York Times and USA Today bestselling author of The Silent Girls comes another unforgettable thriller set in Vermont’s Northeast Kingdom, featuring Detective Sonja Test
Even in a quiet Vermont town, unspeakable acts of the past can destroy the peace of the present
In the remote, pastoral hamlet of Canaan, Vermont, a high-profile legal case shatters the town’s sense of peace and community. Anger simmers. Fear and prejudice awaken. Old friends turn on each other. Violence threatens.
So when a young teenage girl is savagely murdered while babysitting at the house of the lead attorney in the case, Detective Sonja Test believes the girl’s murder and the divisive case must be linked.
However, as the young detective digs deeper into her first murder case, she discovers sordid acts hidden for decades, and learns that behind the town’s idyllic façade of pristine snow lurks a capacity in some for great darkness and the betrayal of innocents. And Sonja Test, a mother of two, will do anything to protect the innocent.

Sonja Test, a mother herself is a police officer that keeps the "victim" a person. Unlike most police who end up treating them like a job, and becoming numb. As the main character she really brings home the emotions and heart into finding the answers.

The author weaves several storylines together, what's described as a "quiet" Vermont town is currently in uproar over a court case that is ongoing. Politics, ethics, equal rights, community and strong religious views all take part in the plot to find the killer.

I found the scope and depth in which all of the different characters are depicted in the story was perfect writing. The reader will find themselves loving and hating each of them and the parts they play. Not only the characters are rich, but you will feel like a visitor to Vermont yourself with the setting and atmosphere of the city.

This is the first book I have read by this author, he has impressed me and this story kept me hooked. I intend on reading his other books immediately.
5 Stars. 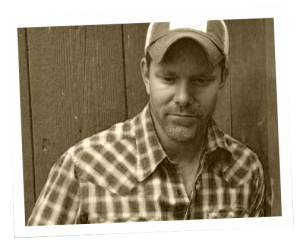 Eric Rickstad is the New York Times bestselling author of The Silent Girls, a #1 bestselling Nook and #3 Mystery Kindle novel heralded as intelligent and profound, dark, disturbing, and heartbreaking. His first novel Reap, a literary suspense novel, was a New York Times Noteworthy Novel. He lives in his home state of Vermont with his lovely wife and daughter.