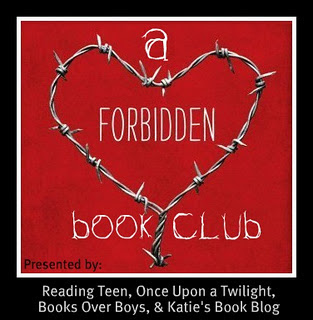 She is pretty and talented - sweet sixteen and never been kissed. He is seventeen; gorgeous and on the brink of a bright future. And now they have fallen in love. But... they are brother and sister.

Seventeen-year-old Lochan and sixteen-year-old Maya have always felt more like friends than siblings. Together they have stepped in for their alcoholic, wayward mother to take care of their three younger siblings. As defacto parents to the little ones, Lochan and Maya have had to grow up fast. And the stress of their lives—and the way they understand each other so completely—has also also brought them closer than two siblings would ordinarily be. So close, in fact, that they have fallen in love. Their clandestine romance quickly blooms into deep, desperate love. They know their relationship is wrong and cannot possibly continue. And yet, they cannot stop what feels so incredibly right. As the novel careens toward an explosive and shocking finale, only one thing is certain: a love this devastating has no happy ending

I am participating in the above book club over the next couple of weeks, and along with that I thought I would post my own thoughts to my blog as well: what this will mean for you is that these particular posts will be including spoiler content. If you do not want to be spoiled regarding details of this particular book I suggest that you do not read them. I will be doing a final overall review spoiler free as soon as the book club has finished reading. For those who are interested in spoilers feel free to read along with the group or comment!

Chapters 1-5
The book is told from both Lochan and Maya's perspective by rotating chapters. Lochan is 17, very introverted and smart. His father has left the family and moved to Australia. His mother has drowned herself in alcohol and a new boyfriend. As Maya is 16 and the situation that they have come to live in, have grown very close. You can tell this mostly through Maya and the way she is able to emotionally read Lochan and how he's feeling and how he will react. They have been best friends since birth and as they are so close in age, grew up together. Kit is the next oldest at 13 and because of the almost poverty level of living they are in has decided to be the rebel and it almost seems that he is jealous or resentful of the fact that Lochan has taken over the "father" duties of the household.
The house is described as being very small. The cupboards barren of food and really messy. But they have done their best to separate small places for at least the older children to have a place they can escape to and call their own. The little siblings overall so far, besides making the usual messes that children make while eating and playing seem really well behaved. They are at this point unaware of what is really going on around them and just worried about being entertained and fed. Although they do notice and pay special attention to when their mother is home and how the older kids react to their mother when she is home.
There seems to be a constant gloomy-ness and stressful tension building here. Lochan has taken on the stress of trying to keep all the siblings together (instead of taken by the state and put into foster or state care) He is also trying to deal with school deeming him as unsocial and they are worried about him and that his inability to socialize in public may cause problems with him graduating and going to college.
The questions that have come to me so far is how does Lochan think he's going to pay for college? Will he let the stress of his family and his social inabilities stop him from leaving the house? Maya seems to be the one that thinks more outside the box, while Lochan is focused internally on himself and the carefully laid out steps of his day. He is a very emotional person and prone to anxiety attacks. Maya is like the protector stepping in when she sees he is not reacting to something well or the goalie trying to block the shots before something gets worse that breaks him completely.
The mother is portrayed as a complete selfish bitch. She spends her paycheck on herself to "treat herself" She spends most of her nights out with her new boyfriend, coming home drunk and so loud that Lochan can hear them through the walls. She seems like she's constantly hung-over and when they argue (which is inevitable in this living situation) she pushes all the right buttons to make Lochan feel like he's the one that is in the wrong and could do better for himself and the family.
Final Thoughts: The writing is fantastic. So far I have felt a better connection emotionally with Lochan. But it seems that most of the story is going to focus on him as the older brother trying to gain some kind feeling of normalcy, in a way that he's just looking for a way to be able to breathe and relax with less stress. So far there is very little time in his day that he even gets to have time to himself without the worry of everything. And when he gets home not only does he have to make sure the younger siblings are ok, but the outbursts from Kit are not helping. Maya so far has her head on her shoulders but she also seems to take less of the responsibilities on as she has been able to make and maintain some friends and also from the little we know so far seems to be involved in some school activities which Lochan does nothing to release his tension with outside activities.
- December 13, 2011