"Drag has become a diverse form of expression that challenges, entertains, and educates by pushing boundaries, while embracing beauty, comedy and glamour. The performers in this book are evidence of that diversity, captured by some of the top photographers working in the world today. " 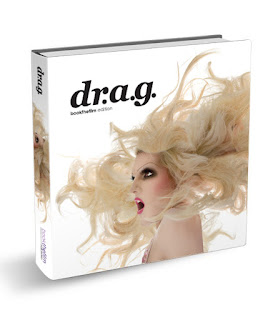 As a long time fan of Rupaul Charles and his tv show Rupaul's Drag Race, I find the art of D.R.A.G. to be an exciting form of expression, art and personality.

Whether is music, literature, politics, clothing, makeup, or cars..we all have our own preferences. We have an opinion of everything, even things you never thought you might have an opinion on.

The first time I looked through the book of photographs in d.r.a.g. bookthefilm edition I found myself thinking about how I would have liked more variety of models (some having more than one photo in the book) for example Acid Betty. She has two photos but they are the exact same make-up and outfit, just different angles, how I would have preferred a different picture of her in another outfit and make-up.

I realized I kept hearing myself say "it's not drag enough" for some models and finding a couple photos not appealing at all. But that is just the thing, like any other artistic outlet in life, there is variety, I just had to turn the page/change the station/buy a different color lipstick...etc.

This book definitely has variety, and the most appealing part to me was the details in the majority of the photos, these are up close and personal. Like with Acid Betty you can see the details, colors, angles that went into the look to make it a whole. And like everything in life sometimes  you get loud, and sometimes you get subtle. No matter your taste you will find it here.

d.r.a.g. bookthefilm edition  is really well put together photo collection of some very talented Drag artists. It would make a great coffee table book, or something to display on your shelves. It is full of color, beauty and some questionable visuals, but something for everyone....I still wish there was more! 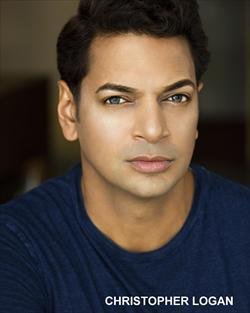 Christopher Logan was born in Ottawa, Ontario, Canada and studied acting as The Stella Adler Academy of Dramatic Arts in Hollywood, California. He has appeared in over 40 television shows and films and currently resides in Vancouver, British Columbia where he produces events and books to raise funding for independent film. (from Amazon.com)
- June 06, 2019 No comments: