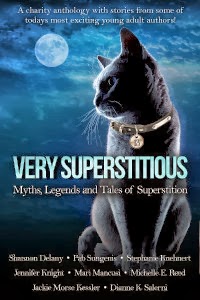 
Stephanie's story in this book is entitled The Road Home.

It's a story about Gwen and Wake. Meeting each other as pen pals from the 4th grade. Gwen and Wake became connected beyond just friends. They are looking to escape the troubles of their past and the troubles of New Orleans when they decide it's time to leave and jump in the car with their dog Grover. One night they come across a hitchhiker who seems lost in a past of her own.

Wake is struggling with a drug addiction and Gwen from memories and her past. When they pick up Lulu, she forces Gwen to face her own realities and what she should be searching for. Will running from her problems really solve them?

In a way The Road Home is a ghost story, healing and realizing one's own truth. What is right in front of you is not always as it appears, until you truly look. 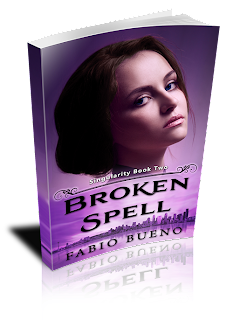 Be careful what you wish for.
Skye wanted to find the Singularity. She got what she sought, but to protect the most powerful witch alive, Skye betrayed her coven. Now she regrets entangling her boyfriend Drake in her hidden world.
Drake yearned for Skye, but now he finds out that getting the girl is just the beginning: keeping the girl is the hard part. When tragedy strikes, Drake faces an impossible choice that could destroy his family and his shot at love.
The vicious Night covens seek retribution at all costs. Wicked Jane has returned, scarred from her last confrontation with Drake and Skye, and holding a baffling secret that may change everything.
Dangerous alliances arise. The Veil is about to be broken.
Falling in love has never been harder.

The second book in the series was just as much fun to read as the first. The side characters that I loved so much from the first book come into play a lot more into the major plot line in the second book.

The second book still carries on the switching of perspectives between Skye and Drake. They have troubles in their relationship now that the danger hits closer to home. Which will put stress on their lives and their relationship.

Now that the Night covens are coming out in full force, trying to capture the Singularity puts everybody in danger of the struggle between the powerful witch covens. The powers when used are not only endangering the rival groups, but everybody in the town is affected.

With trips in and out of the emergency room, this book is just as well paced as the first. I really enjoy all the characters and the stories the connections that happen between them in this story. They are all coming closer as secrets are emerging.

I really have enjoyed reading the books in this series so far. It was hard to put the books down because there was always something building up to happen and didn't want to miss it. "Just one more page" never happened for me. It was like chips, you can't eat just one.

I have always been a fan of witch stories and really enjoy those that bring a different and exciting edge. If you would like to read more about this book or the author please visit the other Blitz review spots listed below and the authors pages.
5 stars `Recommended Book`
http://www.amazon.com/Broken-Spell-Singularity-Series-ebook/dp/B00FRSVPYK/ 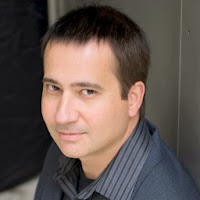