Made to Kill by Adam Christopher 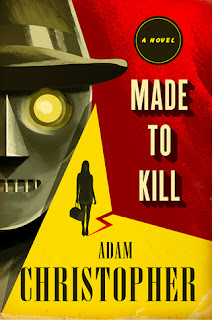 by Adam Christopher
It was just another Tuesday morning when she walked into the office--young, as I suspected they all might be, another dark brunette with some assistance and enough eye black to match up to Cleopatra. And who am I? I'm Ray, the world's last robot, famed and feared in equal measure, which suits me just fine--after all, the last place you'd expect to find Hollywood's best hit man is in the plain light of day.

Raymond Electromatic is good at his job, as good as he ever was at being a true Private Investigator, the lone employee of the Electromatic Detective Agency--except for Ada, office gal and super-computer, the constant voice in Ray's inner ear. Ray might have taken up a new line of work, but money is money, after all, and he was programmed to make a profit. Besides, with his twenty-four-hour memory-tape limits, he sure can keep a secret.

When a familiar-looking woman arrives at the agency wanting to hire Ray to find a missing movie star, he's inclined to tell her to take a hike. But she had the cold hard cash, a demand for total anonymity, and tendency to vanish on her own.

Plunged into a glittering world of fame, fortune, and secrecy, Ray uncovers a sinister plot that goes much deeper than the silver screen--and this robot is at the wrong place, at the wrong time.

Made to Kill is the thrilling new speculative noir from novelist and comic writer Adam Christopher.


Published November 3rd 2015 by Tor Books   I received a review copy from readingteen.net

Years ago all the robots were destroyed because of their possible threat on humans. Raymond Electromatic was the last one made, and the only that was not destroyed. He became a private detective, only to soon change careers into a "hit man" (as the pay was better). It's Hollywood 1965 and in this town it's all about the celebrity. When a stranger enters the business and hires Ray to kill a famous actor, he takes the job. After all it's all about the money, and she has it.

During this time period America is concerned with the communists. But could Hollywood have it's own communist party of it's own? As Ray searches the city for his hit, he gets sucked into the world of celebrity Hollywood itself. From the rebuilding of the Hollywood sign itself to the private clubs of the rich and famous. With a few necessary murders along the way. Ray eventually gets sucked into more than one hit job and an underground secret society.

One thing that threw me from the story was how human-like Ray the robot came through as. The "emotions" and ways that Ray tries to relate to those he comes across kind of threw me from the story. Statements like how he wanted to have facial or human reactions to the people he was speaking with, but couldn't because he was a robot. I think I would have enjoyed the story more if he was more robotic in nature and less human emotions, or feelings (sympathy) for others.

What I did enjoy was the plot and how the story came together. I thought that the story line was entertaining, quirky and very classic mystery atmosphere. It is a quick read and an interesting mix of characters. Ada and Ray as a team really played well, Ray meets a lot of people through his investigations and they all showed different sides of the decade and events going on at the time.
- April 25, 2017 No comments: 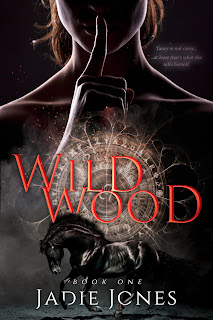 Tanzy Hightower is not crazy. At least that’s what she tells herself. She also tells herself that the shadows stalking her in the woods aren’t living, murderous beings.

On the third anniversary of her father’s death, Tanzy revisits the woods and the shadows that took him. She quickly realizes those monsters lurking in the dark now have their sights set on her. Neither Tanzy nor life as she knows it escapes unchanged when she is introduced to a world…unseen.

Two strangers seem too willing to help her navigate her new reality: Vanessa Andrews, a doctor’s trophy wife with a southern drawl, and Lucas, a quiet, scarred man with timing that borders on either perfect or suspect. But Tanzy has secrets of her own. Desperate for answers and revenge, Tanzy must put her faith in their hands as her past comes calling and the shadows close in.


With wild blood coursing through her veins, will Tanzy’s choices shed light on the shadows of her past, or will they bring forth the darkness within her? 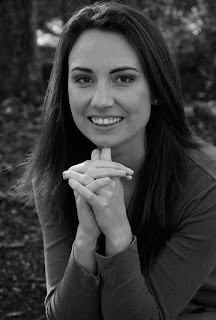 I wrote my first book in seventh grade, filling one hundred and four pages of a black and white Mead notebook. Back then I lived for two things: horses and R.L. Stine books. Fast forward nearly twenty years, and I still work with horses, and hoard books like most women my age collect shoes. Its amazing how much changes... and how much stays the same.

The dream of publishing a novel has hitch-hiked with me down every other path I've taken (and there have been many.) Waitress, farm manager, road manager, bank teller, speech writer, retail, and more. But that need to bring pen to paper refused to quiet. Finally, in 2009, I sat down, pulled out a brand new notebook, and once again let the pictures in my head become words on paper.

As a child, my grandfather would sit me in his lap and weave tales about the Cherokee nation, and a girl who belonged with horses. His words painted a whole new world, and my mind would take flight. My hope - my dream - is that Tanzy's journey does the same for you.

Confession time: Jadie Jones is not my name. It's a pen name I created to honor two fantastic women who didn't get the chance to live out their professional dreams. First, my grandmother - a mother of four during post World War II America, who wanted to be a journalist so bad that
even now when she talks about it, her blue eyes mist and she lifts her chin in silent speculation. And second, a dear friend's mother who left this world entirely too soon. To Judy Dawn and Shirley Jones, Jadie Jones is for you. It's been a pleasure getting to know her.