Imagine a place where nobody is judged by the size of their waistband, where you’re reminded every day how fabulous you are. That’s exactly what Michele Gorman did when she wrote THE CURVY GIRLS CLUB, and she had so much fun in that imaginary world that she’s creating the real thing!

Welcome to The Curvy Girls Club – a friendly, supportive, encouraging community where everyone is welcome, a fun place for people who want to love themselves. Think of it as the most flattering fitting room in the world - perfect lighting and mirrors that make you feel fantastic. Because you are fantastic. And that's the whole point.

Club members are treated to a daily dose of loveliness – empowering reminders that you’re pretty great just the way you are. Chat with one another, get involved in the book club and, once there are enough members, check out the real life social events. We’ve all got one thing in common: We want to live in a world where everyone is welcome no matter where they tip the scales.

Join the Club* for all the fun: http://thecurvygirlsclub.blogspot.co.uk/

* It’s not just for curvy girls, but for everyone who wants to feel great! 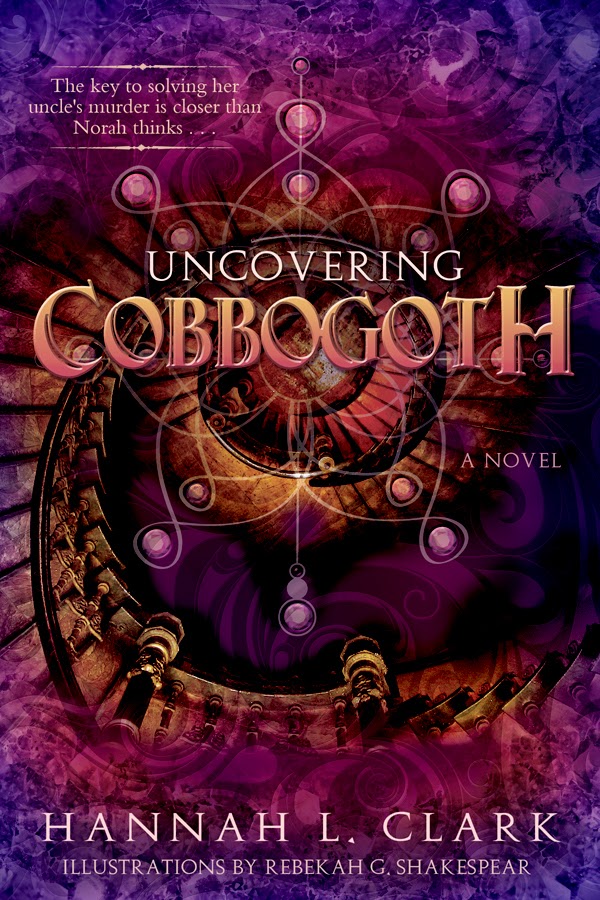 Norah Lukens needs to uncover the truth about the fabled lost city of Cobbogoth. After her archaeologist uncle’s murder, Norah is asked to translate his old research journal for evidence and discovers that his murder was a cover-up for something far more sinister.

When she turns to neighbor and only friend James Riley for help, she realizes that not only is their bitter-sweet past haunting her every step, but James is keeping dangerous secrets. Can Norah discover what they are before its too late to share her own.

Uncovering Cobbogoth is a very fast paced adventure story that is smart, entertaining and really gave you something to think about.

You can tell early on in the story that a lot of work went into the plot and revealing of the story. It's something you can actually see unraveling as you read. Not only is there some really great world building, but characters you will never forget.

This was one of those books that I kept wanting to talk about as I read. Norah is a great main character, starting off very naive of the situation, but a insanely fast learning and adapted to what was happening with intelligence and intuition.

When first going into the story I kept thinking Journey to the Center of the Earth feel to the story as Norah has to discover the reasons behind her uncle's death and what it was he was searching for abroad. There is a mixture of fairy-tale like creatures, villains, humans among other things that are powerful and it does get a bit darker at times.  But has an overall powerful story.

Uncovering Cobbogoth had all of the elements I look for a in a fantastic, recommendable read. Great fantasy, writing, pacing and elements of good vs evil. 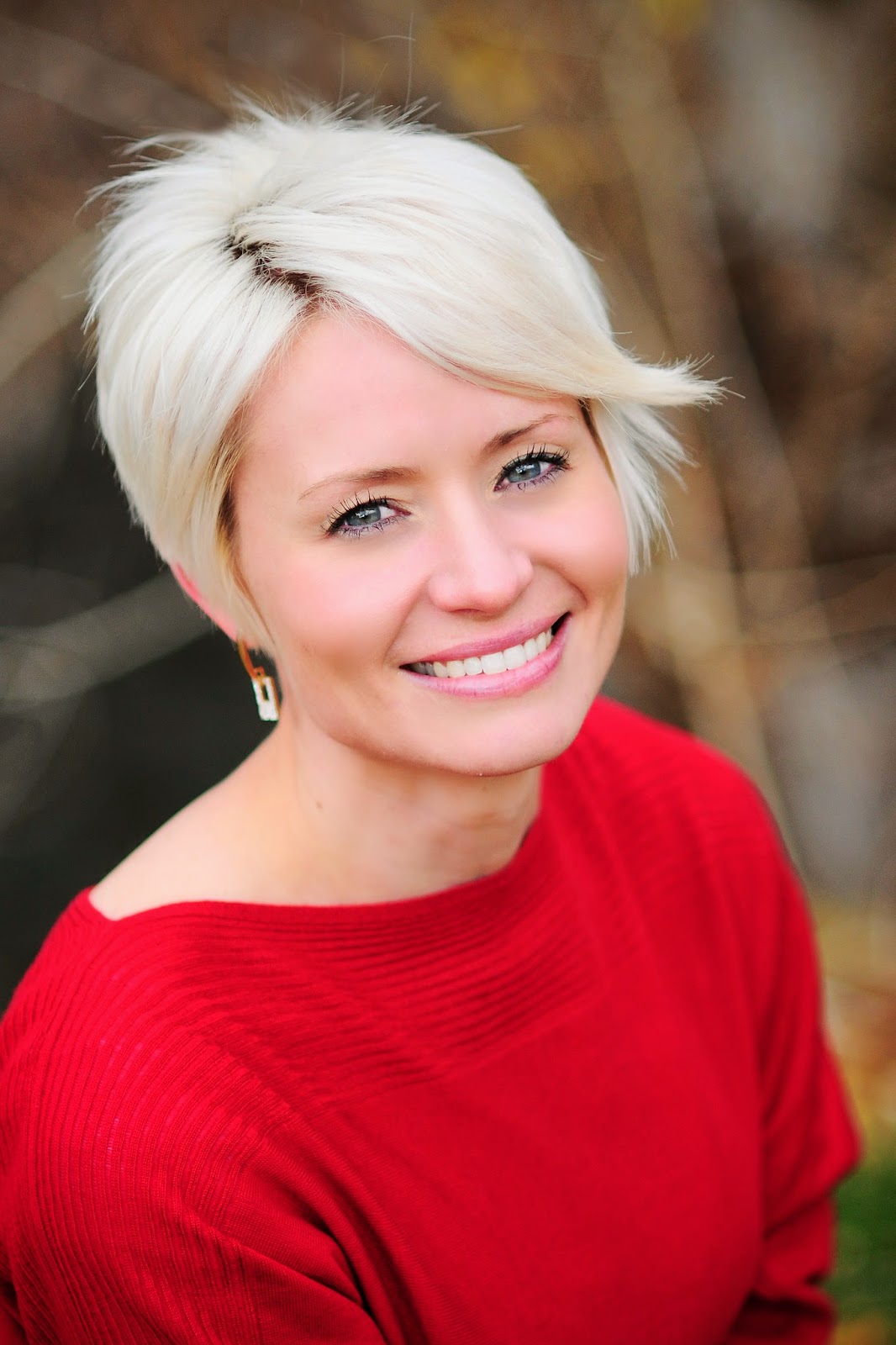 Hannah L. Clark lives with her husband and their son in the Rocky Mountains. She has always known she would be a storyteller. In 2006 she graduated from Utah Valley University with a bachelor’s degree in English, and immediately began writing Uncovering Cobbogoth.
Hannah loves running, mythology, laughing, soulful bluegrass music, and growing things. Like her heroine, Norah, she is slightly inclined to believe that trees have souls.
To learn more about Hannah and the Cobbogoth series, visit www.cobbogoth.com.

Rebekah G. Shakespear lives with her husband and two sons in Texas. She received a double degree in Graphic-Web and Print Design from Henry Ford Community College in Michigan.
Bekah loves being a mom, photography, illustrating, refinishing furniture, organizing and being related to the author, for whom she has held a long abiding love and admiration for since before Hannah was even born.

Excerpt
Nor? ” James rubbed the sleep from his eyes with the heel of his hand. One look at me, however, and he was wide awake. “What is it? Is it Gram?”
“No. No, not that,” I croaked, guilt rushing through me for causing him more worry.
The panic left his eyes, and he squinted at me.
I shuffled self-consciously. I knew I looked terrible. I’d been up crying half the night after my argument with Uncle Jack about James breaking my heart. Finally, I snuck out my window, climbed down my cherry tree, and headed to the fire station to see James.
“Hey, Riley! Cut the lights, man!”
James glanced back into the dark, communal bedroom where the rest of the night shift firefighters slept.
“Come here.” He took my hand, closed the bedroom door and, in stockinged feet, led me down the hall. A moment later, we were sitting side by side on the stairs. James still held my hand, and I hoped he’d never let go. I watched as he reached into his shirt pocket, fishing around until he found a piece of peppermint gum.
He offered me half. I shook my head, so he stuffed the whole thing in his mouth. Then he turned those kind, piercing eyes on me.
Growing warm under his gaze, I cleared my throat. “I-I’m so sorry to wake you up,” I started. “I hoped you’d still be awake. It’s just . . .”
James mindlessly ran his thumb in circles over my knuckles. I lost my train of thought. Blinking, I took a deep breath and plunged on. “My uncle . . . he wants me to stop spending time with you. I mean, I can still help with Gram and everything, he just doesn’t want us hanging out any other time.” I sucked in another unsteady breath. “But I—I can’t let that happen, James. You’re my only friend.”
James was quiet for what seemed like forever. I prayed he wouldn’t just shrug his broad shoulders and shuffle back to bed.
To my relief, he reached up, rumpling his chocolate curls with his free hand. “Did he give you a reason why?” he asked, avoiding my eyes. I shook my head. “I think he’s afraid you’ll end up hurting me—that you’ll break my heart. You know how protective he is.”
He was silent again, this time longer.
Stupid, Norah! Why had I come here? Why did I think James would even care about this—that it would upset him at all?
Finally, James let out his breath. And the next moment, he was pressing the back of my hand to his lips.
I swallowed my shock. I’d never imagined that his lips could be so warm and soft. The contact sent a shock straight to my heart.
“What do you think?” James mumbled a moment later, still contemplating my hand. “Do you think I could hurt you?”
I wanted to burst into tears all over again. “I don’t think, James, I know. But it would be worth it.”
James chuckled this time, resting his forehead against my temple. “Now that’s a compliment.”
I smiled. Having him so close—smelling the fresh peppermint on his breath—was a fierce mixture of agony and ecstasy. They were feelings I’d never imagined I could feel.
“I’d never hurt you, Nor,” James whispered at last, and his breath tickled my neck. “Not really.”
- May 20, 2014 No comments: