Junior high really sucks for thirteen-year-old Vladimir Tod. Bullies harass him, the principal is dogging him, and the girl he likes prefers his best friend. Oh, and Vlad has a secret: his mother was human, but his father was a vampire. With no idea of the extent of his powers, Vlad struggles daily with his blood cravings and his enlarged fangs. When a substitute teacher begins to question him a little too closely, Vlad worries that his cover is about to be blown. But then he faces a much bigger problem: he's being hunted by a vampire killer.
Paperback, 192 pages  Published May 15th 2010 by Penguin Group (USA) (first published August 16th 2007)  ISBN   161687810X (ISBN13: 9781616878108)

I have to admit that I never thought I would pick up this series. I have always found the covers interesting but thought that it would be a little more middle grade reading than my usual preference. But I had a chance to get the first book on audio pretty cheap and thought "why not". So one boring day at work, I turned on the audio and found that I really kinda adored this story. It's funny and interesting and I listened to it in a day. I am happy I have been introduced to Vlad and will most likely continue with this series over the next year. I do recommend this to others, especially those trying to get back into reading because it's quick and will leave you wanting more.. oh and forgot to mention, it has VAMPIRES no need to say more
- April 30, 2013 No comments: 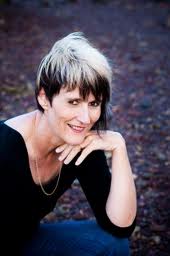 Marianne de Pierres is the internationally published, award-winning author of the Sentients of Orion and Parrish Plessis series. She also writes award-winning funny crime novels under the pseudonym Marianne Delacourt. The Night Creatures trilogy are her first books for young adults.

And NOW that the Night Creatures series is officially available here in the US on kindle ebook and paperback formats, It's time to start offering the giveaways!
I will be offering copies of both throughout the rest of the year here on the blog.

Also for those of you that enjoy the artwork on the covers, the artist has a page! You can order similar works from him through Marianne's website link here:
http://www.burnbright.com.au/burn-bright-thank-yous/

Giveaway!
So for my first giveaway, I am offering up 3 copies of the kindle ebook of Burn Bright.
All you have to do to enter is to tweet "I want to win a kindle ebook of #BurnBright from @Cubicleblindnes "
Also, if you do not have a twitter account you do have an option to enter via email. Just email me at cubicleblindness @ hotmail with a subject line of "Enter Me"
Also feel free to leave a comment on this post to let me know why you are excited to read this series.

All 3 winners will be notified on May 1st and sent their gift code through an Amazon email from me as soon as I get a response!

Good Luck!
If you would like to read my review of Burn Bright just click! and while your there, add me as a friend on goodreads :) 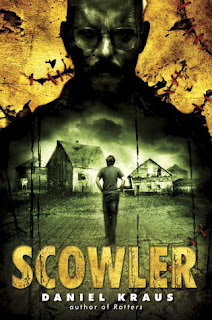 Imagine your father is a monster. Would that mean there are monsters inside you, too?

Nineteen-year-old Ry Burke, his mother, and little sister scrape by for a living on their dying family farm. Ry wishes for anything to distract him from the grim memories of his father's physical and emotional abuse. Then a meteorite falls from the sky, bringing with it not only a fragment from another world but also the arrival of a ruthless man intent on destroying the entire family. Soon Ry is forced to defend himself by resurrecting a trio of imaginary childhood protectors: kindly Mr. Furrington, wise Jesus, and the bloodthirsty Scowler.
Hardcover, 304 pages  Published March 12th 2013 by Delacorte Books for Young Readers
ISBN  0375990941 (ISBN13: 9780375990946)
This book has got to be THE scariest young adult book I have ever read. I am a huge fan of horror, but usually tend to stick to the adult section when choosing what to read. This book has changed the way I look at young adult horror. I have shyed away because I always felt that there was no way that I was going to get scared enough, bored and authors not willing to take it to the next level because of the reading age group. Definitely not afraid to say I was wrong, and looking forward to reading more.
There was always from page one this constant suspense, fear and curiosity that pushes this story forward. Each character carrying their own hopes and fears. The reader gets a mixture with the different levels of action in a panic situation between the Mother, Ry and the little sister.
There are very few negative things that I would even remark on in this story. And mostly just personal issues that I have while reading than anything specific to the way this story was written.
If your looking for a great horror story, a lot of violence, some death and a true survival story. This is it.
- April 13, 2013 No comments: 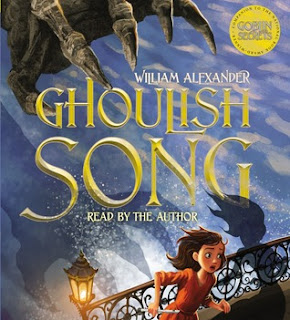 A brave girl flees a ghoul while trying to save her town in this lively, fast-paced companion to Goblin Secrets.Kaile lives in Zombay, an astonishing city where goblins walk the streets and witches work their charms and curses. Kaile wants to be a musician and is delighted when a goblin gives her a flute carved out of bone. But the flute’s single, mournful song has a dangerous consequence: It separates Kaile and her shadow. Anyone without a shadow is considered dead, and despite Kaile’s protests that she’s alive and breathing, her family forces her to leave so she can’t haunt their home.

Kaile and her shadow soon learn that the troublesome flute is tied to a terrifying ghoul made from the bones of those who drowned in the Zombay River. With the ghoul chasing her and the river threatening to flood, Kaile has an important role to play in keeping Zombay safe. Will Kaile and her shadow be able to learn the right tune in time?

Set in the delightful and dangerous world of Goblin Secrets, Ghoulish Song is a gripping adventure laced with humor and mystery.
Audio CD  Published March 5th 2013 by Simon & Schuster Audio
ISBN  1442363061 (ISBN13: 9781442363069)
This book was way more morbid than the first story in the series. My niece (8yrs)  couldn't handle it after the first couple "verses" aka chapters. It is a pretty dark read, mentions children suicides, bones taken from people and made into musical instruments. Coal is made from human hearts and punishments for doing things "wrong" in this city are also dark/disturbing. I am not sure I would recommend this for sensitive or younger children.

The first book was more enjoyable, even though it also had dark content I do feel this second story took it to a way darker level, that even made me feel uncomfortable. The first book, Goblin Secrets, I felt the humor, I enjoyed the magic and adventure. Yet in this story I just felt heartache and fear.

The main character is told by her family that she is dead because her shadow is no longer attached to her body. Completely ignored, then a funeral performed on her she is eventually locked out of her home. Into the dark streets to find the Goblin who caused her shadow to separate with no help from him, she must venture into this very dark and scary city, alone to find more answers. How can she be dead...when she is alive, breathing and can communicate with others.

Many different encounters throughout the city with very questionable characters ensue and the danger grows as the city is soon to be overtaken by floods.

I listened to the audiobook which is narrated by the author. I think he does a great job narrating the story and giving voice to the characters, making the story feel very dark, brooding and scary.

Although the overall feeling of the novel made me very saddened by the world and what the characters have to go through (even relating back to the first audiobook as well) This particular story made me very sad and broke my heart a little. Even at times when there should have been some humor, I only felt crushed by what Kaile was having to go through in this horrible city with it's horrible occupants.

This is a series that I would label under "emo" if additional genre tags existed. It's a really unique world, Almost Lemony Snicket mixed with Nightmare Before Christmas atmosphere.
- April 10, 2013 No comments:

Alice In Zombieland by Gena Showalter