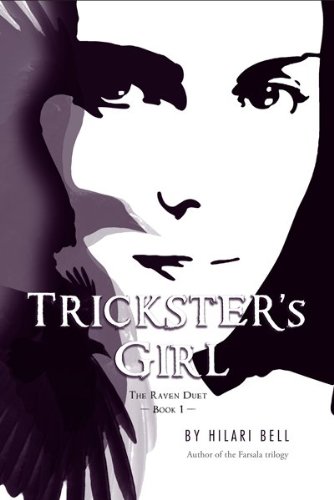 In the year 2098 America isn't so different from the USA of today. But, in a post-9/11 security-obssessed world, "secured" doesn't just refer to borders between countries, it also refers to borders between states. Teenagers still think they know everything, but there is no cure for cancer, as Kelsa knows first-hand from watching her father die.

The night Kelsa buries her father, a boy appears. He claims magic is responsible for the health of Earth, but human damage disrupts its flow. The planet is dying.
Kelsa has the power to reverse the damage, but first she must accept that magic exists and see beyond her own pain in order to heal the planet.

Although the world is set in the future and they wear com pod's everywhere and have to pass borders everywhere they go. This story could have been told in modern day.
The unusual factor was Raven her shapeshifter companion on her travels on a motorbike to Alaska.
The storyline of her having some "magical human powers" was an interesting concept, that lead into some plot to what could have been an exciting adventure but somehow even the Raven shape-shifting friend came out a little flat for me. Her "magical powers" was more like a connection she had with with the..I guess Elements is the right word.
The characters bicker constantly through the whole book, there are very few moments in which they are friendly to each other outside of having to get the "job" done. Even though the main character has willingly gone on this trip, she seems to be bitter like there is a chip on her shoulder. This relationship they had made me not connect with either character. And it continues through the whole book.
The shapeshifter can change at will, but as the story progresses so does the list of reasons why he cannot change all the time. The list seemed never-ending and we always learned a new reason why at the most in-appropriate times leaving the main character stranded with yet another trial to get through.
I did not learn until after I read this book that it was going to have a sequel, because I literally said out loud "that's the end?" of course meaning it left a lot of unanswered questions for me and a somewhat cliff-hanger.
So that is good news that the story will continue and some of my questions hopefully will be answered!

I have to say that environmentalists, or people who love to travel may really enjoy this story. The authors details about the sites and the feel and smell of the places she goes is really well written. She has to save the planet from being destroyed by putting a magical powder into certain streams that are "leys" that connect to heal the destruction. Creatures are after her trying to stop her from putting the powder at each location and so she must travel fast and not be seen.
- February 28, 2011 No comments:

Well I hope you enjoyed some of the books I featured on the blog this week especially for the male readers out there. Although me, writing about 4-5 books really does not give the whole Teen Male Readers a lot of recommendations, but I encourage all of you to (especially if you are a teen male reader) to talk more about what it is that your reading.
Here are some quick links that may lead you into some great reading lists. 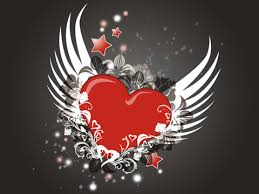 Valentines Day is in my opinion a girls day. Sure the guys play along, want to show their partners that they are special and deserve a day to celebrate love. This week I am dedicating to the boys. Because those, I do love. I have a wonderful line up of YA books for boys. Hope you enjoy.

To start off the week I want you to feel free and explore books that have a male main character. There has been some discussion videos posted in the recent week on YouTube and I thought that my first post this week will be encouraging you to check these videos out. To get the topic going.

The Day I Shot Cupid by Jennifer Love Hewitt 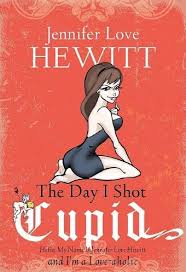 I am posting this in advance of Valentines Day because I am dedicating the next week to the Boys. So here is a weekend post for the girls!
Here we go at another entry for the Chicklit Challenge!
In the ever daunting day of Valentines Day, expectations, spending money, reservations, silly text messages. I have decided to pick up a book by one of my favorite people in the world Jennifer Love Hewitt. Yes I am a fan of her tv shows, movies and whole acting career period. But I really enjoy her voice, if you have not experienced her music, stop reading this and listen to some right now. I really wish she had continued with her music career. Oops I have gotten off-subject.
The Day I Shot Cupid.
This book was funny!, I have to say that Jennifer really does know some aspects of men that would do every girl some good to realize.I found the majority of this book spot-on with my experiences and very eye opening realizations that will help me with future situations. She not only discusses situations she has been in, but why the boys act the way they do in response to the situations and how women act and see in a different point of view.
From the intial date, blind dates, heavy dating (yes giving it up) and the "fiance" or living together stage. She had some great insight.It was very entertaining and she also narrates the audiobook if you like her voice as much as I do.
So check it out, enjoy and Happy Valentines Day.